The remaining gateway of a listed indoor riding arena built by a disciple of Carl Friedrich Schinkel and destroyed in World War Two is restored, opening up a small city square defined by three new buildings onto Reinhardstraße. The public space generated in this way is an entrée and communal area. At the same time, the gateway shields the square from the street outside. The individual, free-standing buildings realign the historical block without reproducing its original urban-developmental form. After the Second World War, the plot accommodated the rehearsal building of Deutsches Theater as well as workshops of theatre sculptor Eduard Fischer in provisional buildings. The rehearsal area of the Deutsches Theater is now integrated into the basement floors of the square building at the centre of the new single-story ensemble. The cube is emblematic of a typologically rational, original form. This original form is transposed into legible architectural semantics by the horizontal and vertical division of the façade. The main entrance to the cube corresponds to the axis of the historical portal, giving it new significance across the space of the square. 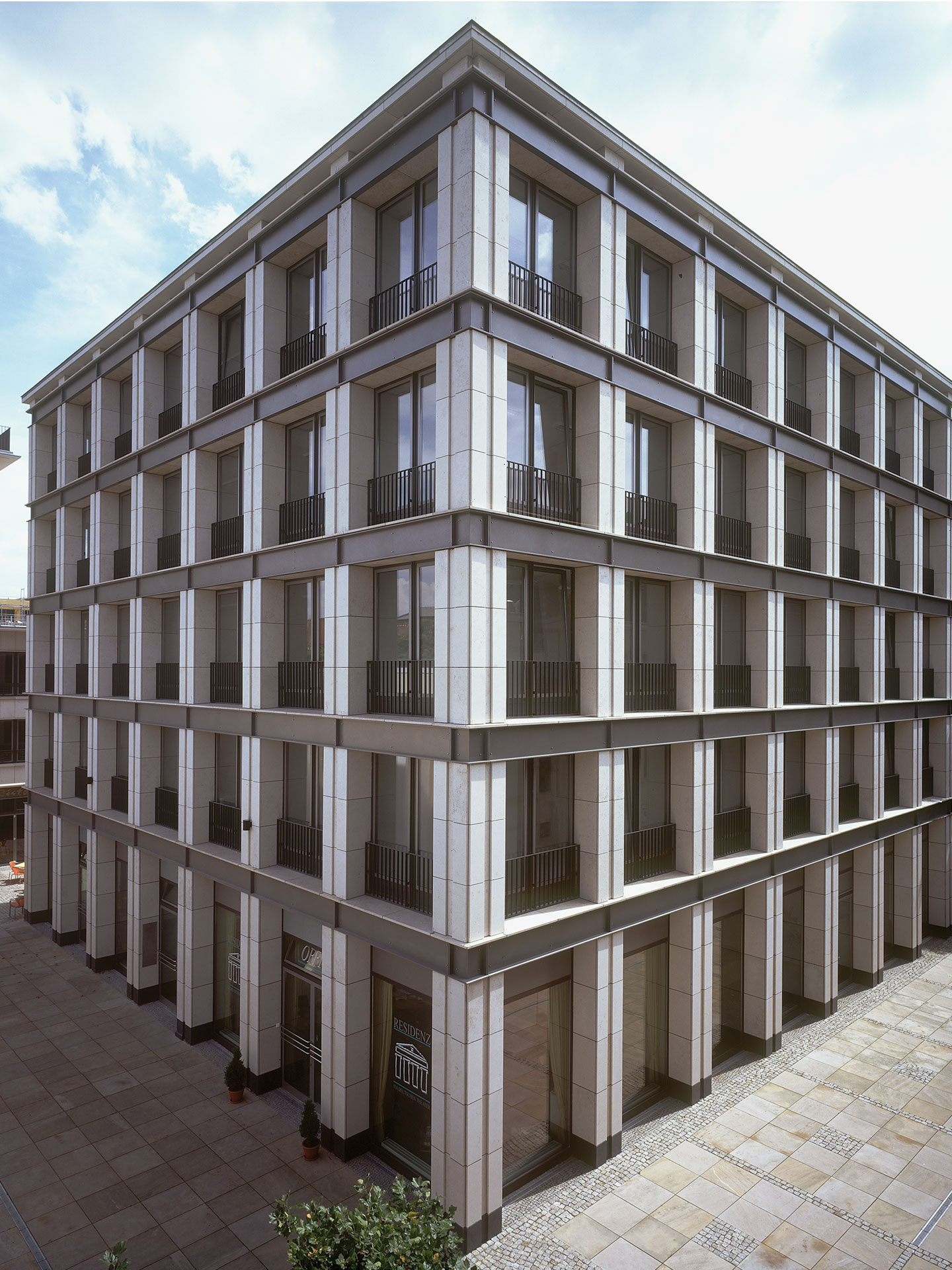 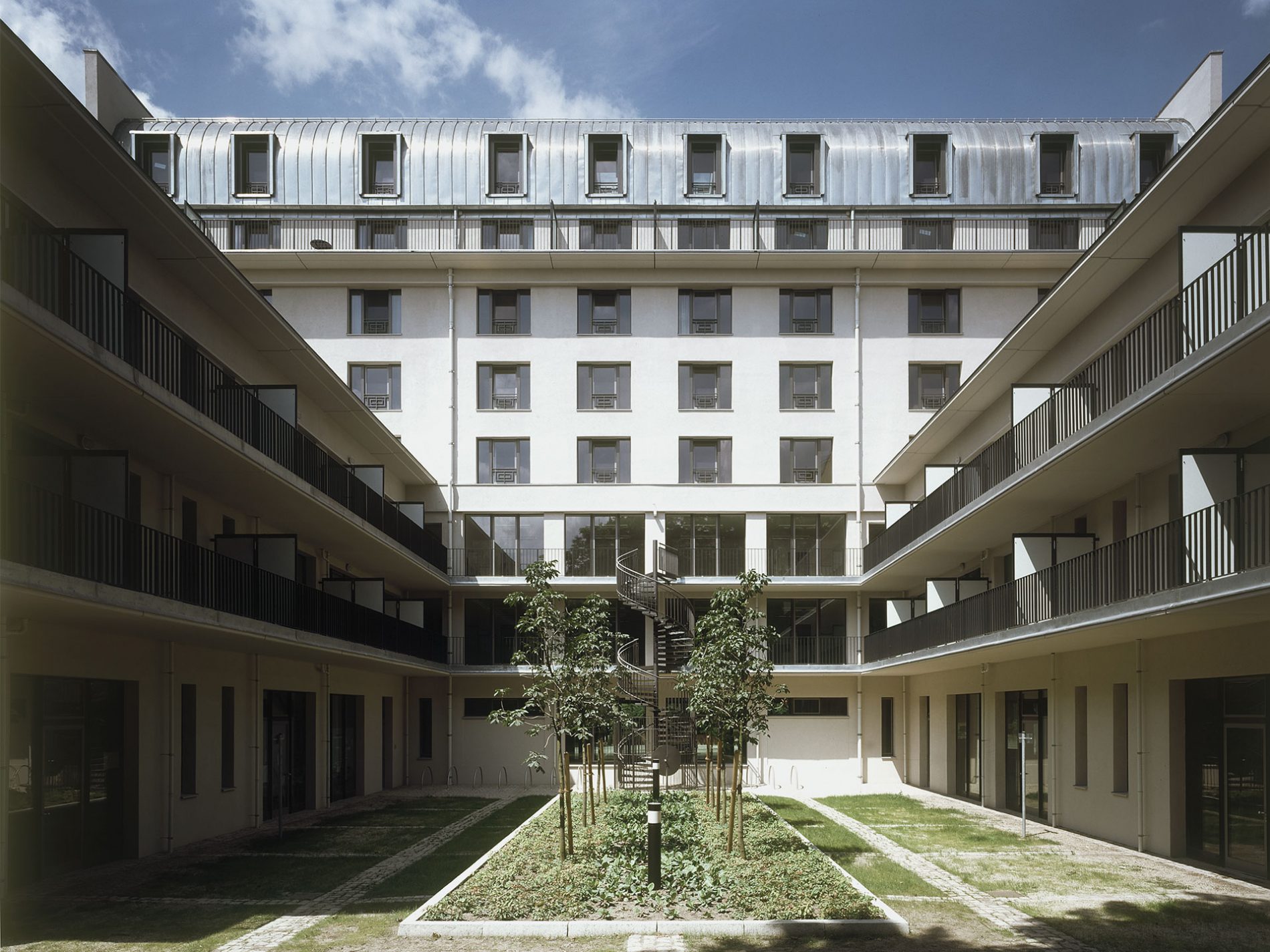 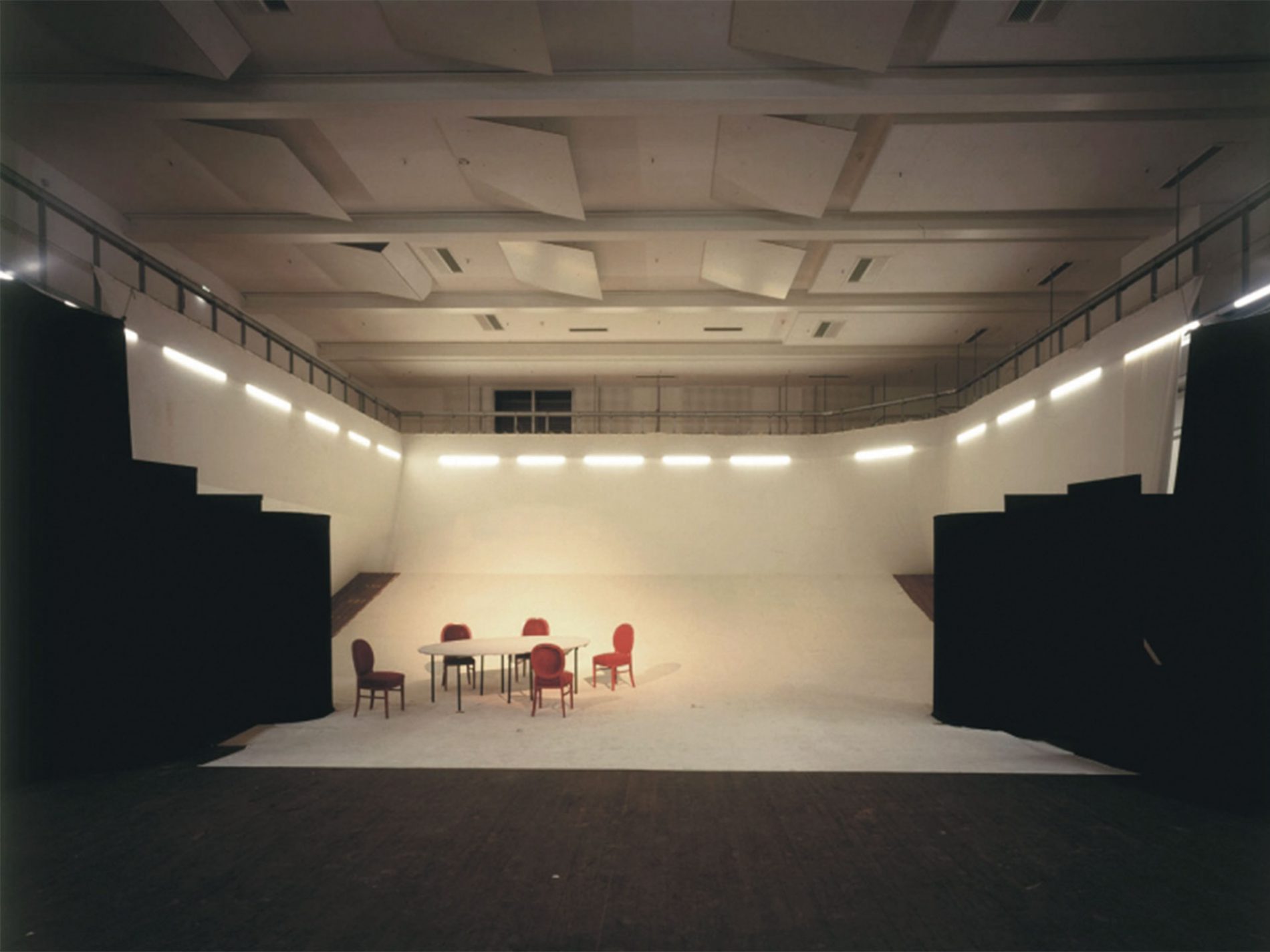 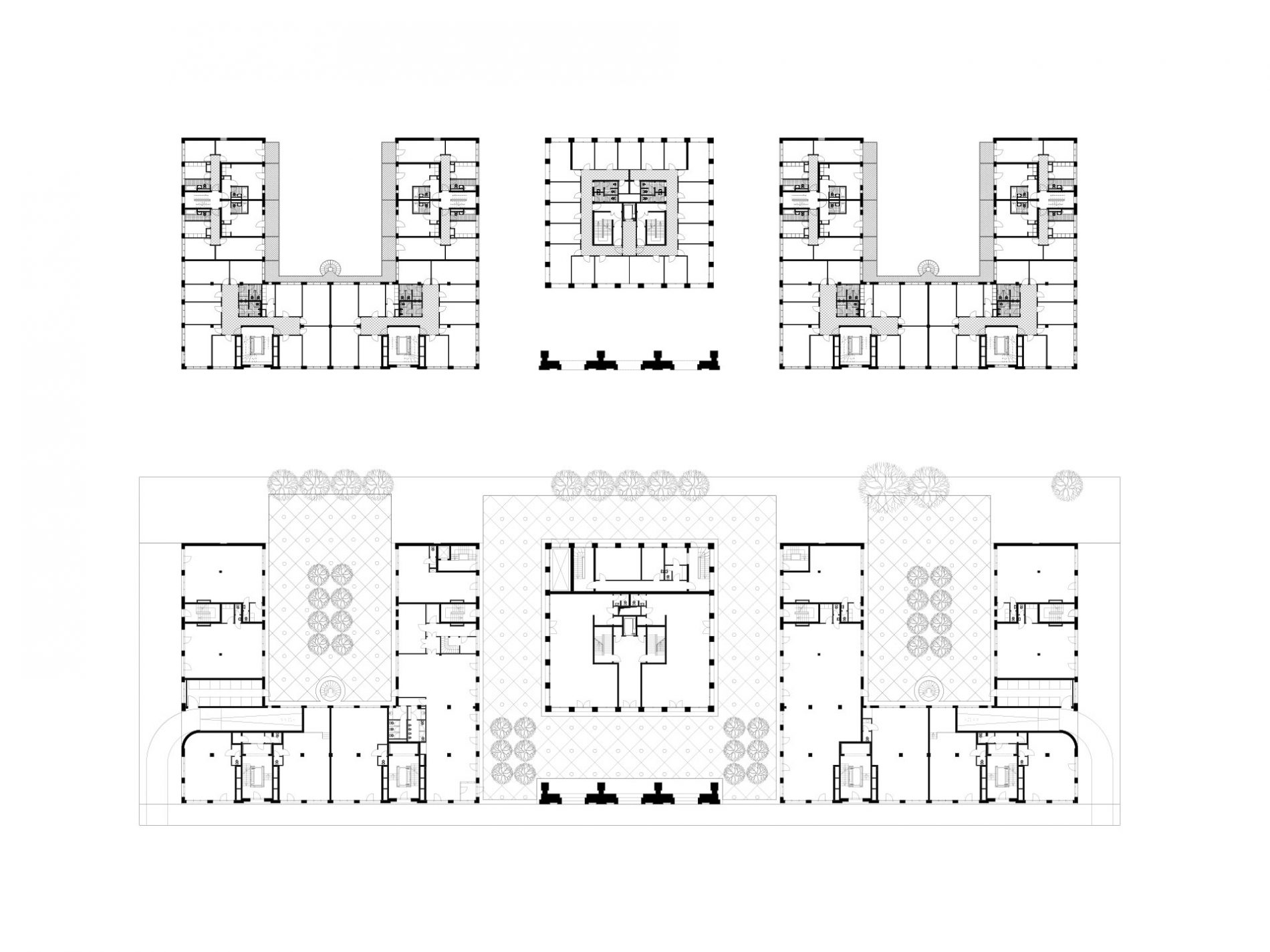