More than 1100 works were submitted to this international, open competition to redesign part of Berlin’s city centre launched by the Federal Republic of Germany in 1993. The outstanding response to the competition resulted from the exiting question of this historic area’s urban-developmental and architectonic reorientation after the reunification of Germany in 1990. In the works submitted to the competition, this was associated with a great number of utopias and ideas.
Our design, awarded second prize, defines a system of public squares and open areas; including some with a historical background, but also completely new urban areas. The squares facing onto the Spree represent a crystallisation point in architectural terms and recreate the interrelation of city, island and river. The new palace comprises Schlossplatz and the Lustgarten and opens a viewing axis across the square facing the Spree to the building at Marx-Engels-Forum and further on to the high-rise skyline of Alexanderplatz with the television Tower. 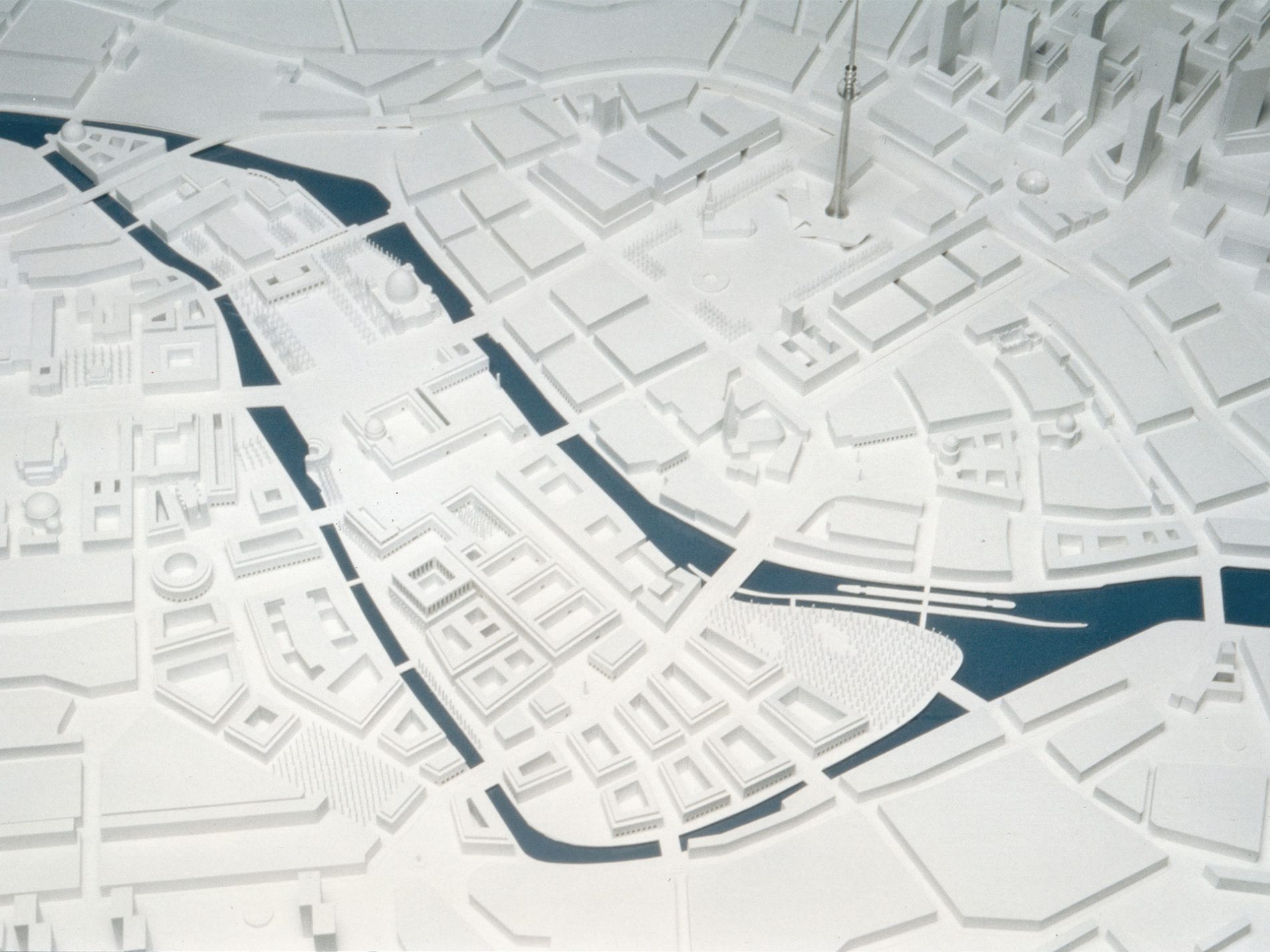 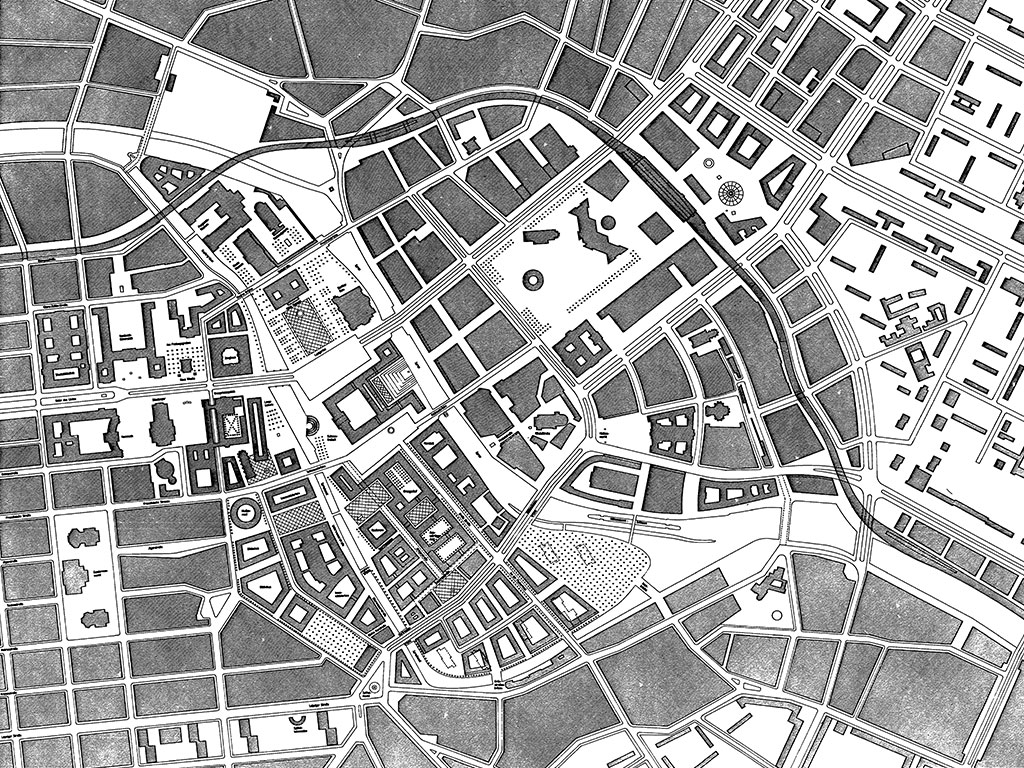 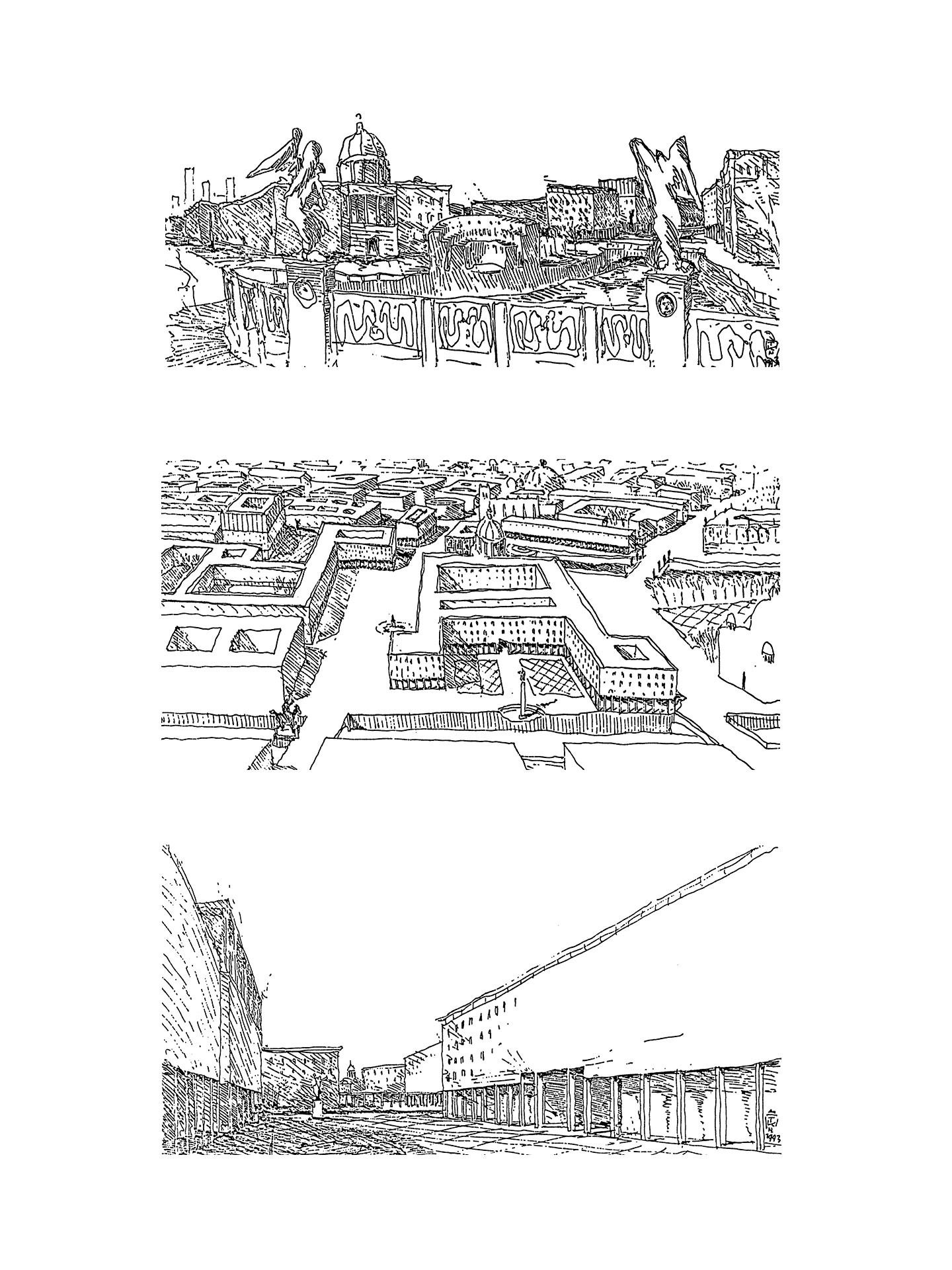 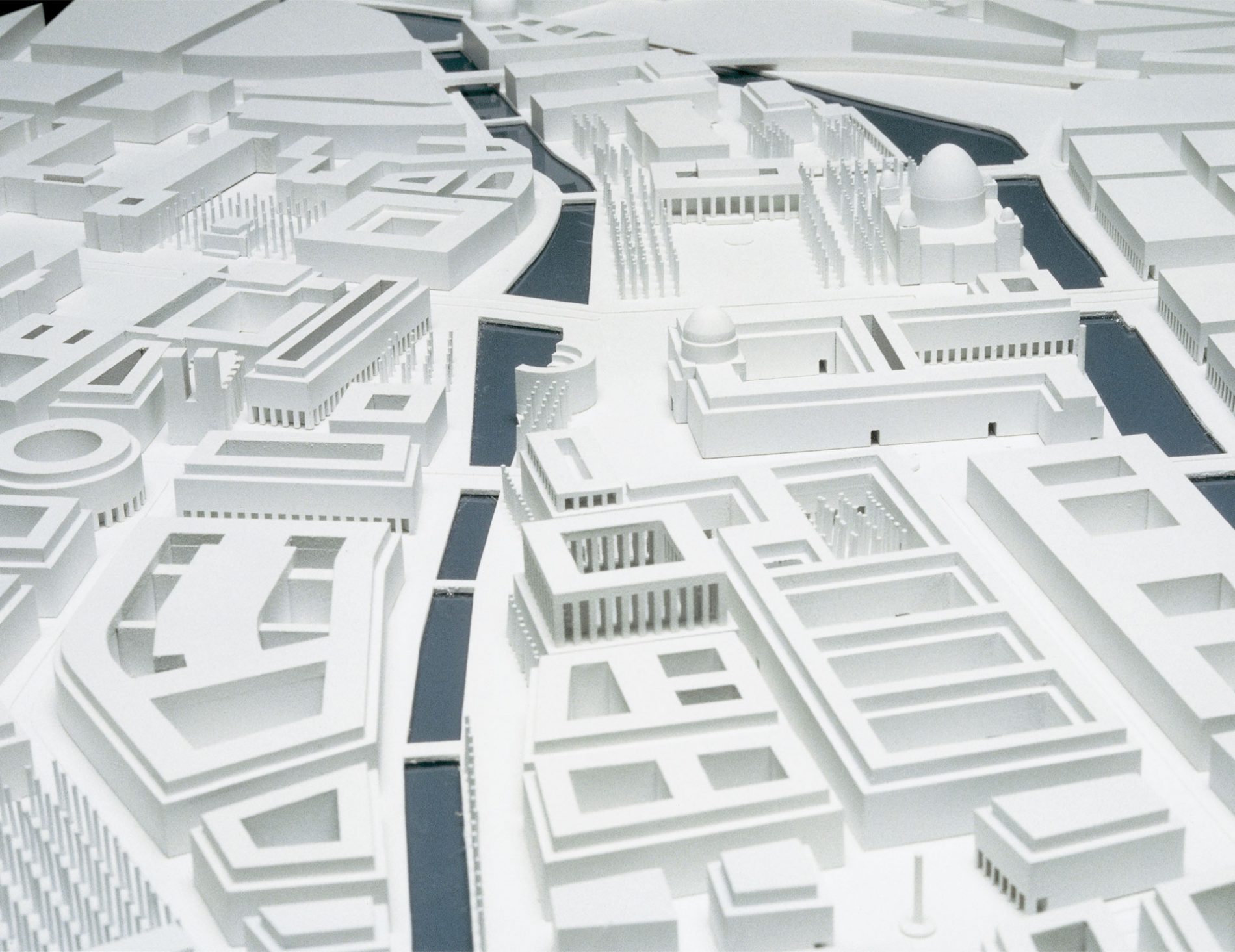 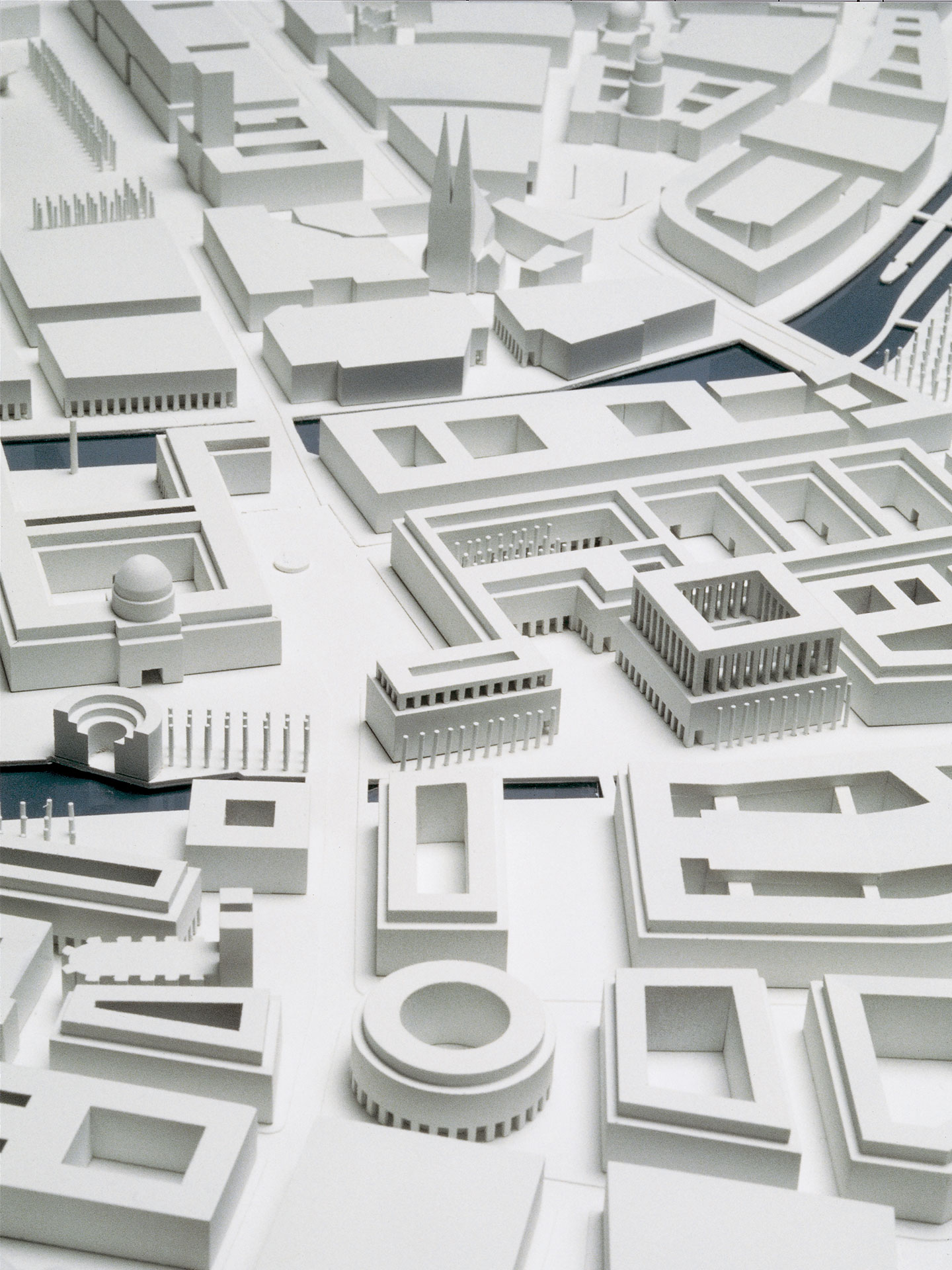