In 1994, after several years of political debate, a fundamental decision was made to reunite the two federal states of Berlin and Brandenburg formed in 1990. Potsdam was chosen as the seat of joint state parliament Berlin-Brandenburg. An examination of ten sites in Potsdam began on the basis of these parliamentary decisions. The site of the destroyed City Palace on the market place was not included in this examination, as political opinion concerning the development of the area had not yet been fully formulated.
An architectural competition launched in 1995 specified Potsdam’s Speicherstadt as the location for the new parliamentary building for Berlin-Brandenburg. Our design, which won first prize, places the parliamentary chamber at the centre of the ensemble. Rooms for the factions, offices for the MPs, and the parliamentary administration offices are accommodated in six office buildings that provide a view of the Havel meadows while leaving the plenary chamber as a free-standing volume.
In a 1996 referendum, the majority of Brandenburg’s population rejected fusion with Berlin into a single federal state. Planning was brought to a standstill. 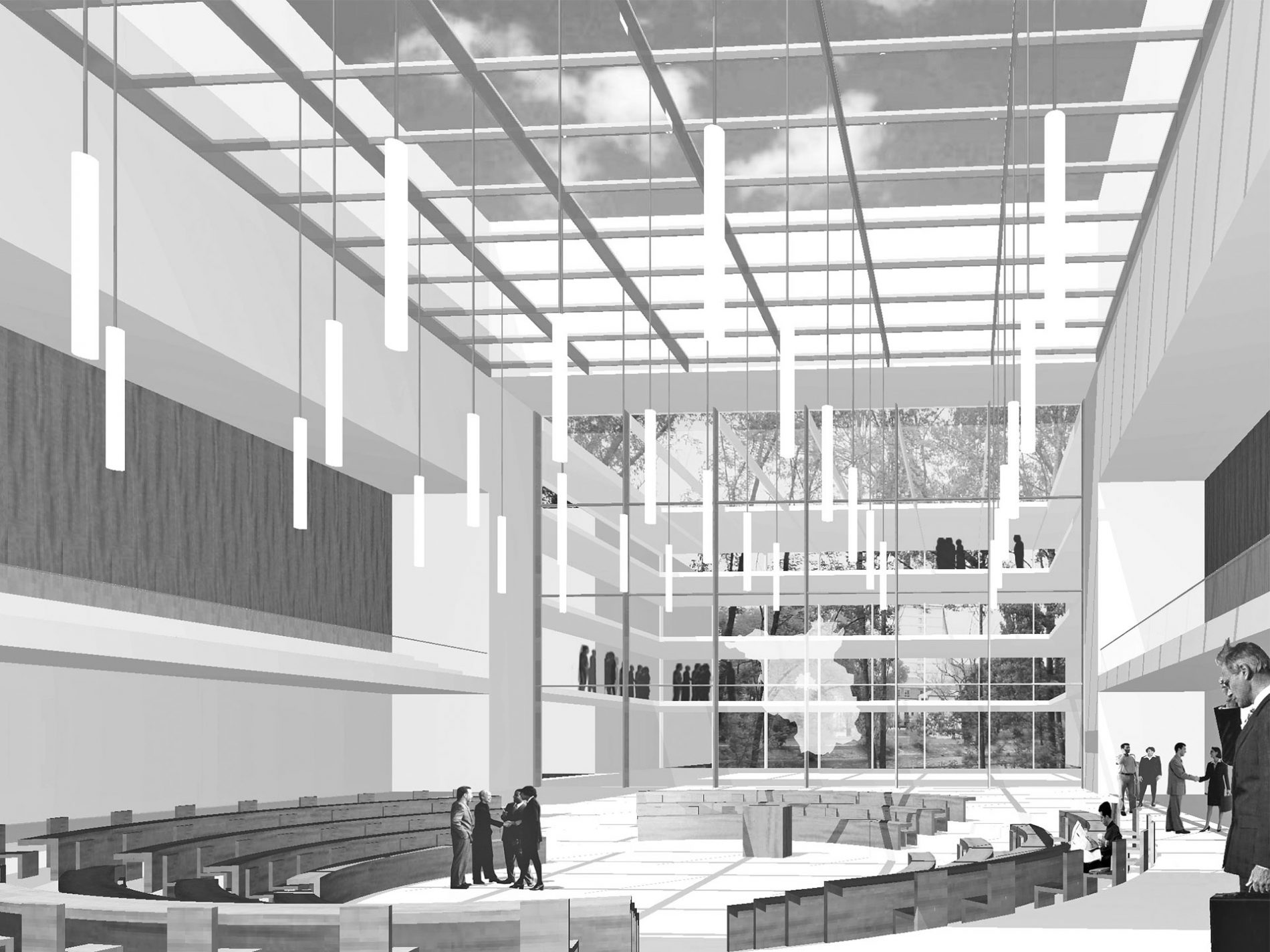 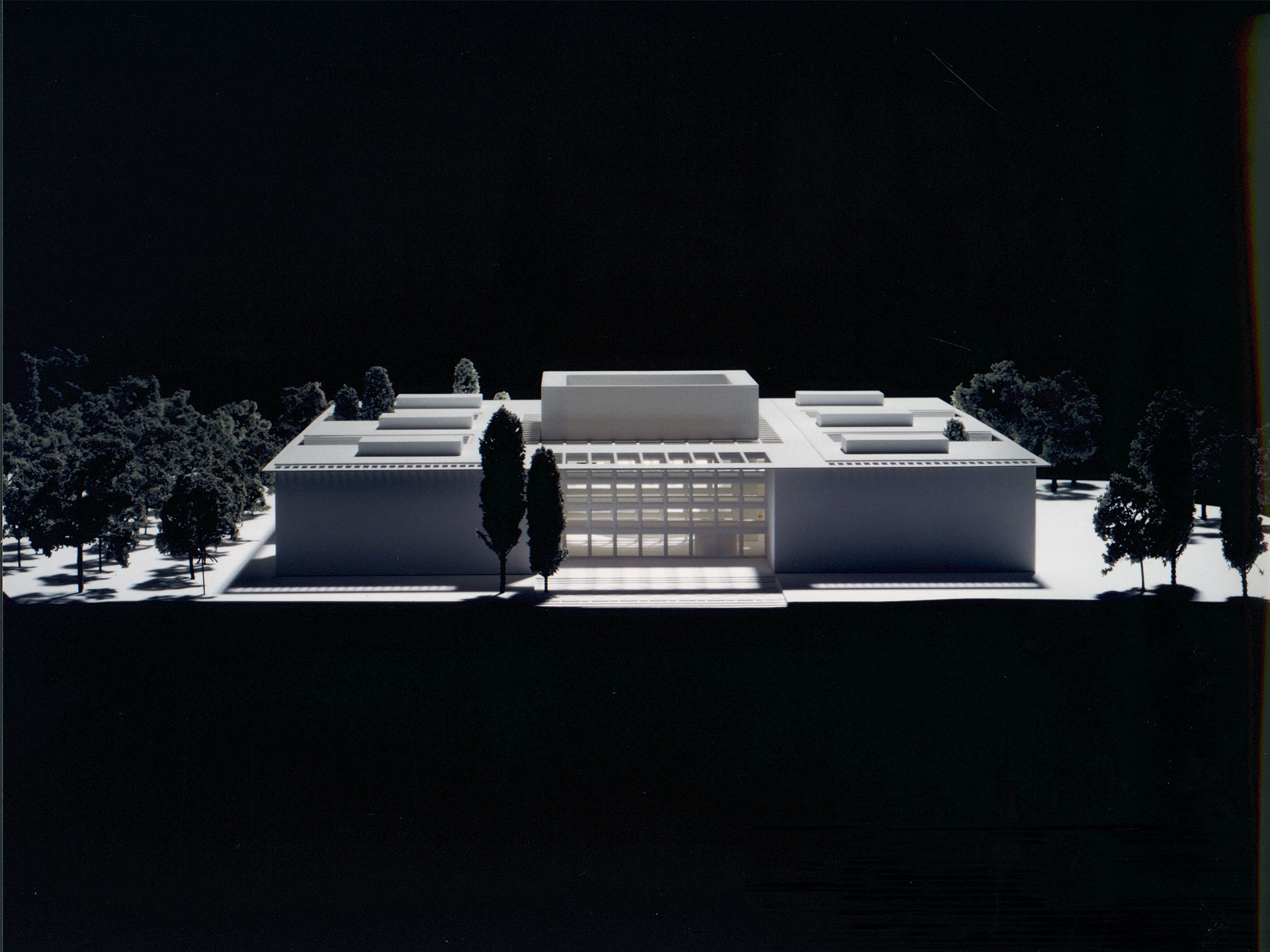 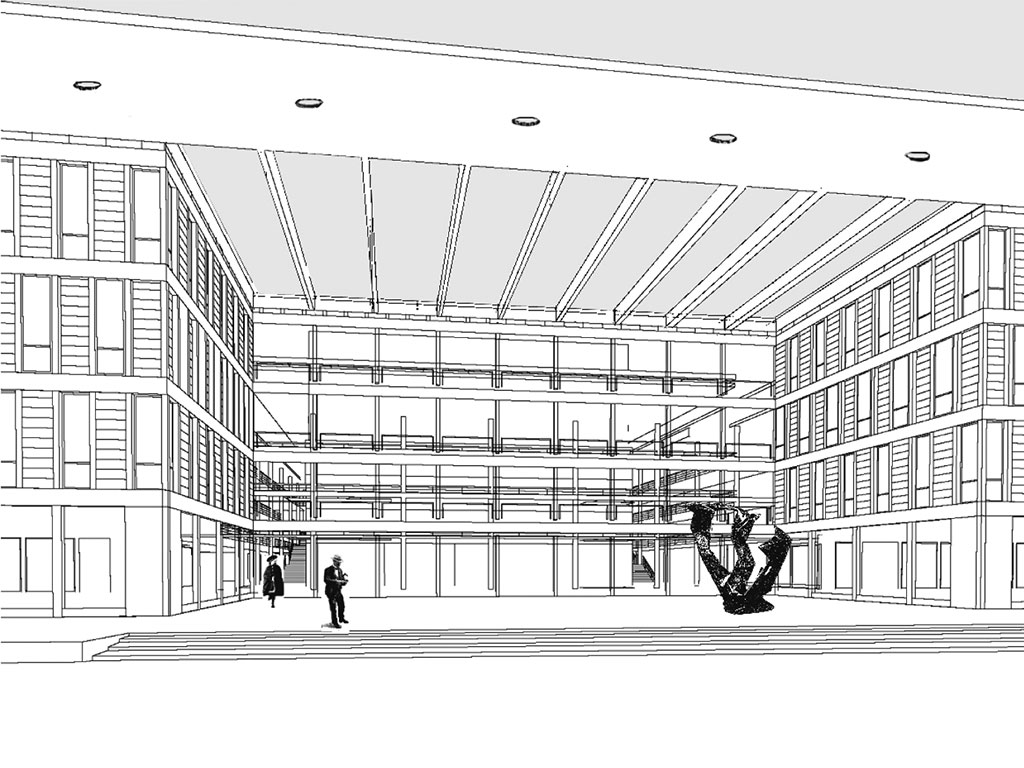 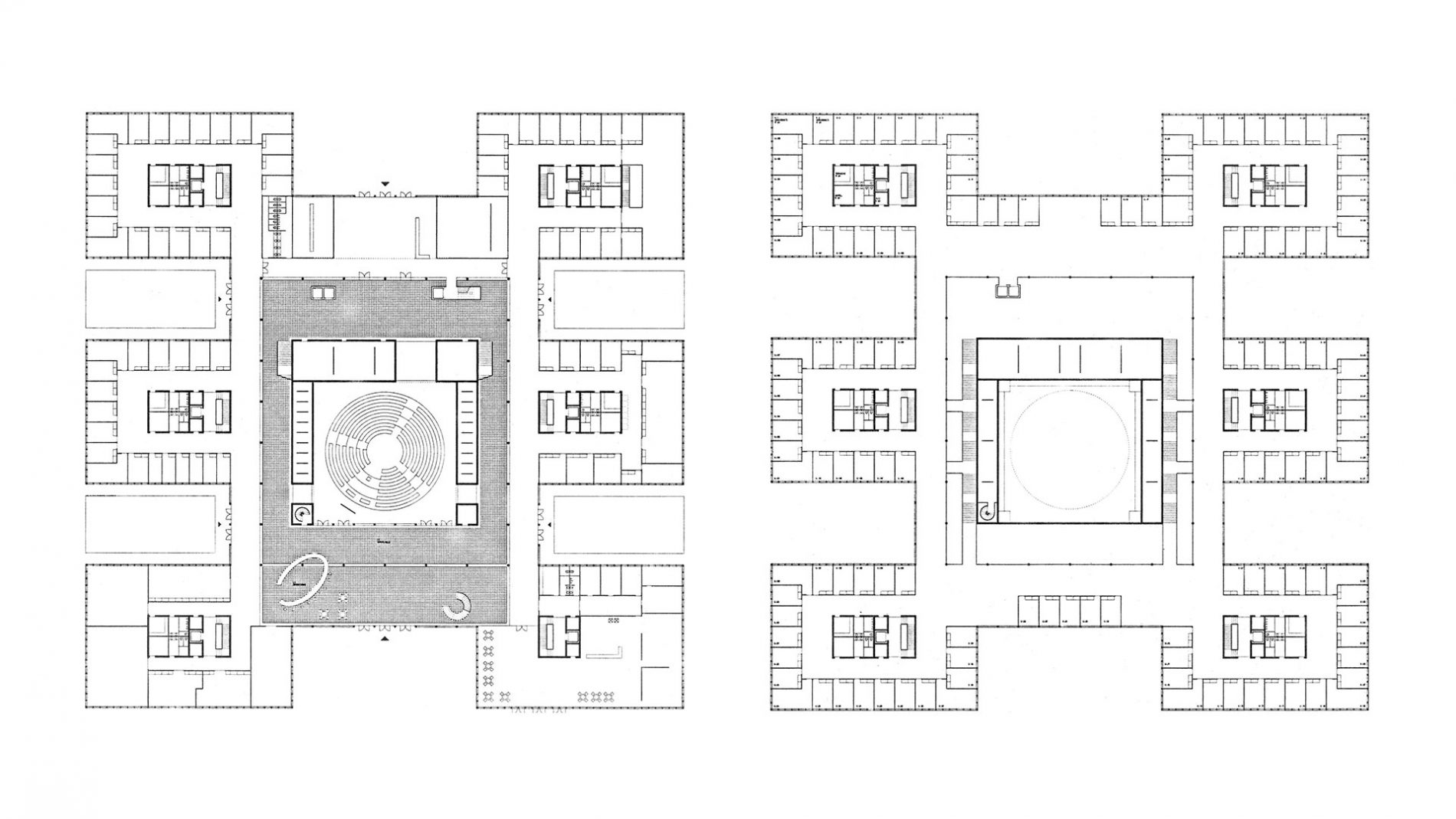 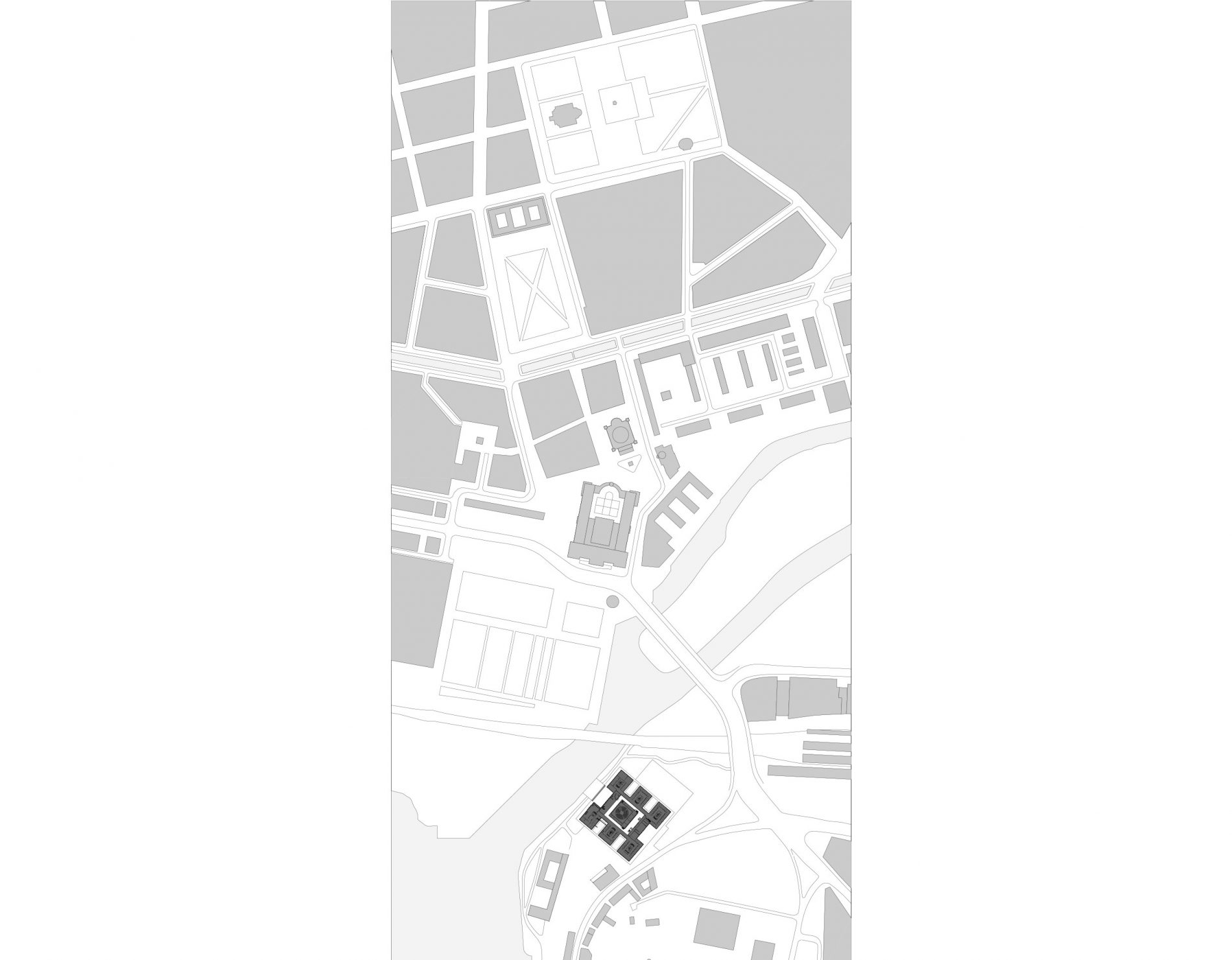